a) I really wanted to

c) I could feel the beginnings of a crush forming for Hugh Jackman.

If you know me you might not understand my crushes but you will know that I can get infatuated. I will have enthused repeatedly about the object of my fascination for you to have worked out these crushes are not born out of any romantic feelings but by awe and admiration for their creative talent and resilience. I’m always floored when someone shows a level of dedication to their craft or role that borders on insanity.

I currently have five talent crushes and they are as follows, in no particular order:

Rainbow Rowell: An American Novelist. If you’ve not read her work you should because she writes characters and dialogue that are so breathtakingly real that I want to inhibit the worlds she creates.

Taylor Swift:  Whatever you might think of her, no one can deny she’s talented. Every song is a snap shot of her life at that moment, articulated in only 300 words. Imagine being able to create a moment or feeling so alive and vivid with so few words. Imagine having the confidence to release so much of your life to the world.

Bruno Mars: Like this needs an explanation! But just in case you and I are not on same page, he’s a musical genius and not afraid to be himself. He might be small in stature but he’s a big personality on stage and he understands the performance element of his craft. If you haven’t seen him live – you should.

Rob Ryan: The Artist. He creates these delicate and whimsical paper cuttings which are an intricate and beautiful stream of his conscience. I only discovered him when a piece of his artwork caught my eye as I walked past a gallery in Holt. I backtracked to take a better look. I went to Holt on imaginary errands that week just to look at the picture. I wanted to buy it but it was too much money. Then one day it was gone from the window. My reaction was physical and my panic caught me off-guard. I felt tearful that someone else had bought the piece of art and I would never see it again. I phoned the gallery to ask if it had sold. They told me it was the end of the exhibition and while the art work hadn’t sold it was moving on to the next gallery. Neil told me to buy it as I clearly loved it. So I did. This picture manages to articulate the depth of my feelings for Neil. I’m also amazed at how Rob Ryan has the patience for his paper cuttings. I’m a leftie and struggle to cut a straight line with a pair of scissors so the level of detail Rob achieves in his pictures is both breath-taking and mind boggling to me. 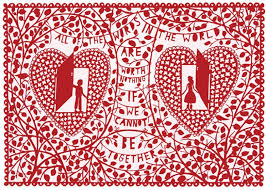 The Queen: My admiration for Her Majesty began when I was sixteen and studying politics at A’ level and as I began to understand her role and the way she has to serve her country I was incredulous that she’s put so much dedication into a role that she was not born to. I feel even more empathy for her now because I serve our boat yard. A tad dramatic, you might be thinking, you might even assume I’ve an over-inflated ego if I’m putting myself up there with the Queen. But don’t worry, to explain I need to go back to Hugh Jackman. 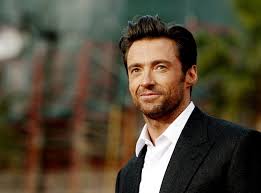 I was awed by his performance in The Greatest Showman and came home and googled the film; fairly standard procedure at the beginnings of a talent crush and symptomatic of my generation who google everything. I found some clips, of interviews with the stars of the film, and started watching them. In one, the interviewer asks Hugh Jackman where his warmth, kindness and humility comes from and Hugh, the good boy that he is, attributes it to his upbringing and specifically his parents. His dad was the boss of an accountancy firm and told a young Hugh Jackman that although everyone thinks when you’re the boss you have all these people who serve you, the truth is that you actually serve them. And that really resonated with me as I think it would with anyone who runs a business, or (a big nod to Liz here) is the head of a monarchy.

These words were a comfort to me as, only a couple of weeks before, I was explaining to a friend that although I love the boat yard, or perhaps because I love it deeply, I am always worrying about it. Not only do I feel the weight of responsibility for all the boats that are in our care, I also feel my duties as an employer very strongly and each of those eight homes our boat yard provides for is never far from my mind. It pushes me forward on those days when I’m not feeling so tough. It gives me the strength to have those difficult conversations and to plough on through each problem we come up against. My friend told me he was concerned for me, that we are at the point in our business where we didn’t have to worry, surely? He was worried that something must be wrong with our business for me to feel the weight of responsibility so keenly. This friend runs his own business too and I came away from the conversation wondering was he right? Did I care too much or he too little?

I was quiet that evening as I pondered this question and it led me to thoughts about the most important things in my life:

My marriage. It’s very important to me. I’m 100% committed 100% of the time. I take my vows to Neil very seriously. And I work hard at our marriage, making sure we communicate through the bad times and laugh through the good.

Being a Mum. I love being a parent but it is singularly the most important and most scary role I’ve ever had. If I mess up the ramifications are huge. And, because I’ve never done it before I’m constantly learning. It was at this point in my thought process that I realised…… that actually, I feel the same about the boat yard, about running a business. If I mess up or kick back and let things start to slip then the fallout will be widespread and far reaching. And much like being a parent, every day of our business is a new stage that I’ve not yet encountered.

I came to the conclusion that if running a business was like being a parent then it wasn’t a case of who was doing it right, me or my friend?  It’s more a case of each business, like each child, is unique so the ‘parenting’ style has to be tailored to suit. My mind-set, like Mr Jackman Senior, of working for my employees might seem crazy to some but our boat yard has been built on our dedication, passion and commitment and by having a team who are as equally passionate. Our team trust that Neil and I will run the business in a way that ensures the stability and longevity of their employment. Because of this trust, our team are able to truly commit and dedicate themselves to their future with us. 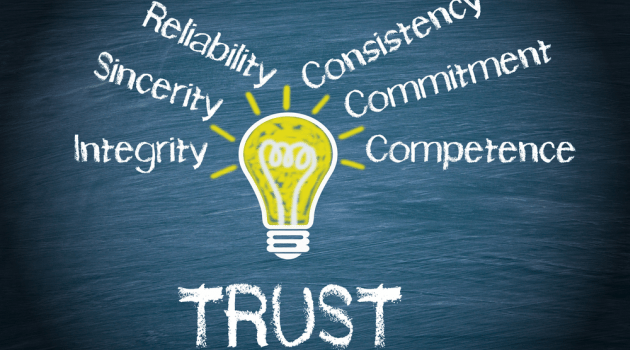 Can you see and understand the synergy in that?

I could and it reassured me. Nothing was wrong with our business. My worry is natural. It’s the same instinct of a parent protecting her child. It’s me looking out for the boat yard and serving the people who ‘work for us’.

So, with Neil taking the micky out of my crush on Hugh Jackman and with me trying to justify my talent crush, I explained that yes, Hugh Jackman might be handsome and a very good singer but I’d go and see the film again because it reminds me of our boat yard. Neil scoffed and gave me a look that said I was stretching that a bit far so I expanded on my theory.

Running a business can feel like a circus and when everything around you in life is going crazy, in order to keep the show going, you need to take a quiet moment behind the curtains before slipping on your Ringmasters costume. You need to keep your nerve, trust your flame throwers are going to make the catch, that each elephant in the room can be safely navigated and that each team member knows the importance and timings of their role. If the Ringmaster has worked hard enough for his team, brought in the right performers, the right promoters, has a clear vision for everyone to follow and the charisma and nerve to pull everyone through the lulls or missed marks in the show, then everything and everyone will be okay and this will be the greatest show. 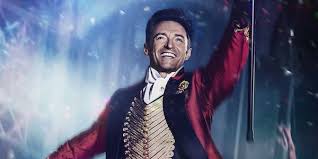 Quiz for my friends:

Of my five official crushes:

How many have I seen perform live?

Who have I met and spoken to?

Who has waved at me?

Which two have I had written correspondence with?

Who has sent me a gift?